On the 14th of April 1942, Richard Pryce Hughes RCAF pilot in charge of a Halifax aircraft ran into difficulties returning from a bombing raid in western Germany. Under Hughes’ orders, the crew escaped from the plane. Hughes tried to make an emergency landing once clear of the houses in Liss and Liss Forest, but the Halifax spiralled down and crashed. Hughes was killed and a memorial now stands at this spot in Longmoor Ranges.

Liss community page posted that there was a family anniversary ceremony to be held today, to which RBL Liss sent representation. 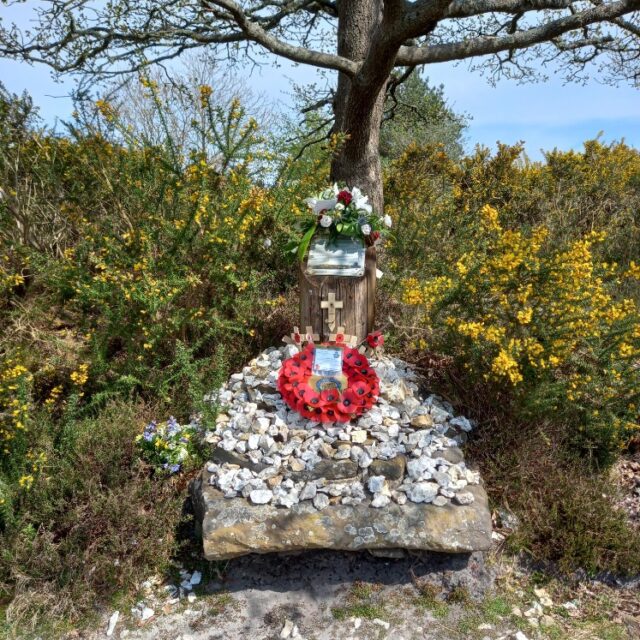 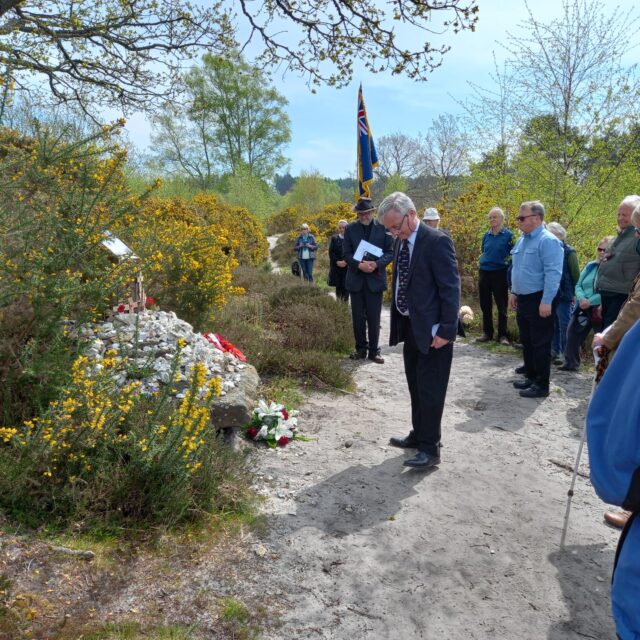